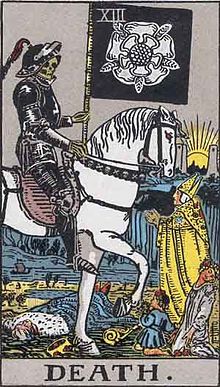 T: “There’s nothing sadder than a spiteful old-person.”

Much like an old man who grows vengeful at society for carrying on without him, ideologies are bred by thinking you cannot die or cease to exist.

You wish to exclude and push away at the foreign elements surrounding you, thinking the world is meant to remain as you desire it for yourself and for your children. You refuse to believe that things might be different than they are.

That reminded me of my cousin asking me years back what, to my views, was the one ‘problem in the world’ – to which I answered ‘fear’. He agreed and said he believed it was indeed a fear – “a fear of change”. I was younger and did not fully realize the extent in reality of his statement.

This reminds me of Doug Stanhope, saying that people ranting about how fun it was when they were young – saying, it’s not that that period was fun – youth is fun.

Acknowledging your death and demise relieves the tension of maintaining “control” over your surroundings.